We are pleased to be able to welcome visitors back to our 13 self catering holiday cottages on the Estate from all over the United Kingdom. Please check out the availability charts for details of what we have available this year. We look forward to seeing you all again. 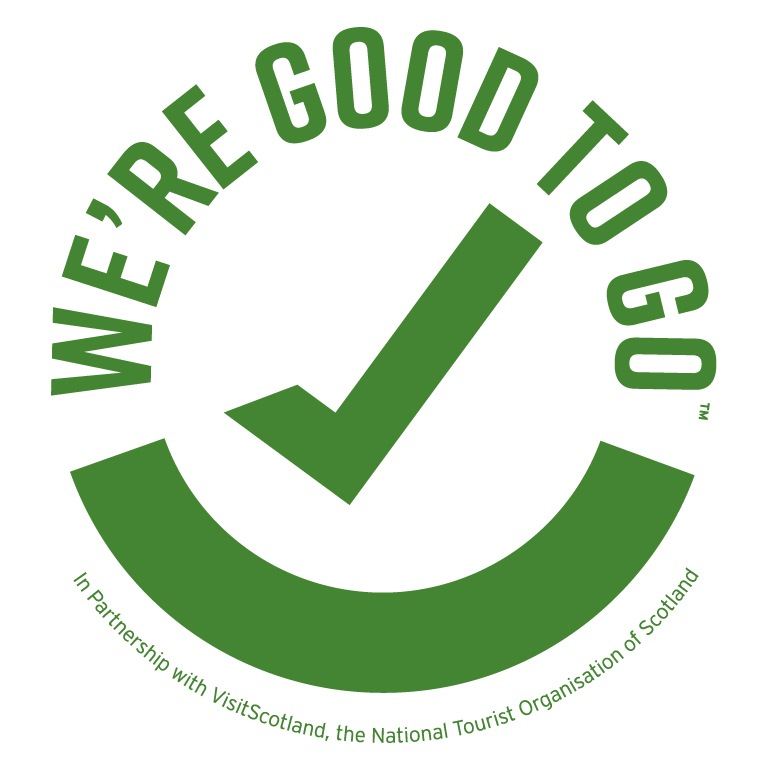 Other days upon request

Please note that online orders are now closed and we can no longer guarantee delivery before the end of 2020. Please phone 01899308169/336 if you require any last minute items for collection at a Farmers’ Market or in the Farm Shop.

Please note that as of Saturday 4th July Farmers Markets have resumed and we will no longer be able to provide the free home delivery service. Thank you to everyone who used this service while the markets were closed.

The Farmers’ Markets we usually attend with our venison, beef and lamb produce are all cancelled for now but we are still operating our on farm abattoir and butchery and continue to supply our Farm Shop, trade customers and those that order via Mail Order customers through our website. 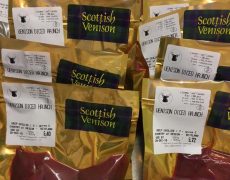 Every Friday during the Covid 19 crisis we will be running a delivery service (free on orders over £20) through to Edinburgh and Glasgow on the weekend that we would normally be attending the Farmers’ Market in that city. If there is anything you need to stock up your freezers please let us know if we can help. We also have a list of goods that are available in the farm shop and would be happy to include any of these items also.  Mail order is available nationally and free local delivery or collection from the farm shop options also available,

Please note that the meat mail order option of the website is now closed for 2019. Any meat mail orders received will not be shipped until January 2020. We apologies for any inconvenience caused but our small team now needs to focus on the orders and Farmers’Markets we have in the run up to the end of the year. You can still order for collection at Farmers’ Markets in Edinburgh, Glasgow and Haddington (Sat 21st Dec) and for collection in the Farm Shop (ML12 6PF). Some of the prime cuts are beginning to be in short supply so all orders will be subject to confirmation with our butchers.

Clan Goods can still be ordered and we will send them out immediately but we can no longer guarantee delivery before Christmas.

We wish you all a very happy festive period ahead.

We are looking for an enthusiastic couple to help out in our family run  tourism and self-catering business based near Biggar in South Lanarkshire Scotland. Our diversified rural Estate is located just 1 hour from Edinburgh and Glasgow so ideal as a summer touring base on days off. The Estate has 16 self catering holiday cottages, a farm shop and a small meat processing plant which produces meats for the local Farmers Markets.

We are looking for happy, honest individuals with great attitudes and a willingness to be flexible and work to a high standard on a range of different tasks.

One of the applicants must be willing to dedicate the main part of their working day to housekeeping, cleaning and washing duties in the cottage business and occasionally work in the Farm Shop. The other should have some experience  in maintenance and be willing to solve problems both internal and external in the cottages and other buildings. Both applicants should be willing to get stuck into painting and decorating projects as required. At some points the successful applicants will be able to work together but most of the time they will be either working alone or as part of a small group.

Carmichael is a great place to live and the positions are an ideal opportunity to become part of a small team for the summer. Accommodation is offered with these exciting summer positions. The advertised positions are seasonal and can start any time after the 1st April 2019 and finish on the 1st October 2019.

Please reply in the first instance with CVs, recent photographs of each candidate, and any other information which you feel may benefit your application.

Please note we are now closed for mail order meats for 2018. Any orders received after Sunday 16th Dec will be processed in January 2019. Our meats are still available for collection at Farmers’ Markets this Sat 22nd December in both Edinburgh and Haddington and in our farmshop until Sunday 23rd December.

Hopefully all subscribers have now received our December 2017 Broken Spear Clan newsletter number 51 and have enjoyed it as much as Don & Mary from Indiana who described it as one of the best yet. Equally positively I firmly hope that 2018 will be a good year for all Carmichaels. Attached, as a taster gift for those who haven’t subscribed, is an article from the 51st Broken spear which was inspired by our Clan events in 2017.

Clan Carmichael and the Jacobites

Two events in the summer of 2017 got me thinking about the Jacobites impact on the Carmichaels. The first was my 30th Chief’s Highland Tour to Oban where on Tuesday 29th August we visited Appin and in particular the castles of Dunstaffnage and Stalker, both historically at times the homes of the Stewarts of Appin.  The second event was a fantastic display in The National Museum of Scotland in Edinburgh called Bonnie Prince Charlie & The Jacobites; which we managed to take the day of and go around just before it closed in early November.

The golden rule for Clan longevity is to have participants on both sides in any major war so that when clan lands are forfeited to the crown they eventually are given back to the Carmichaels who were on the winning side. This is of course a perilous exercise as in the case when four sons of the First Lord Carmichael were commanding opposing forces at the battles of Dunbar, Marston Moor and Philiphaugh in 1649/1650. Captain John Carmichael and James Carmichael of Bonnytoun fought for King Charles whilst Sir Daniel Carmichael of Hyndford and Maudslie and his elder brother commanded the Clydesdale Regiment at both Marston Moor and Philiphaugh.

Family tragedy struck when Capt. John was killed in armed combat with his elder brother at Marston Moor.

As far as I can tell the numbers of Carmichaels who supported the Jacobites were roughly equal to the number of Carmichaels who supported King George and the Hanoverians. Obviously the Carmichaels in the west were supporters of Stewart of Appin or MacDougall and were for Bonnie Prince Charlie as were the Carmichaels of Eastend and many others. Most of these had their lands forfeited. The Third Earl of Hyndford who was the Chief at Carmichael however was Ambassador to Prussia for the King and indeed concluded the Peace at Aix La Chapelle, which eventually effectively ended the Jacobite cause. King George and Britain gained from the treaty from one particular clause that finally compelled the French to recognise the Hanoverian succession and expel the Jacobites from France in 1748.

The National Museum exhibition had a computer graphic re-enacting the battle of Culloden and I watched in horror as the Stewarts of Appin with their Carmichael banner bearers as battalion number 3 wheeled into action in the front row of the fiercest fight and were encircled and wiped out within an hour. These Carmichaels were from Lismore and many were macghilliemichels and some descendants of  Elizabeth Carmichael of Meadowflatt, mistress to King James and thus mother of some Royal Stewarts. King James had rebuilt Castle Stalker as a falconry base in 1540 and both James IV and V used it often for this sporting purpose. The name “stalker” means “stalcaire” which in English is “Falconer”.

As we marched out of Edinburgh castle this summer with our clan retinue of 85 we represented ages from to 2 to 82 and family and clan supporters from 8 countries America, Canada, England, Switzerland, Japan, New Zealand, Cyprus and Scotland.

This was the first time the Clans had been allowed back into Edinburgh castle since the Jacobites took the castle and Holyrood Palace in 1745. Apart from the massed pipes and drums we were escorted from the Great Hall onto the castle esplanade on August 24th by a small Jacobite force. As we marched past in our full tartan regalia these Jacobite performers  were “high five-ing” my grandchildren.  The revenge vendetta in the Highlands following the 1745 revolt was horrific and the Tattoo this year coupled with the exhibition some 272 years later can only help us remember and never forget our family contribution on both sides.

The Clan Carmichael International Gathering took place at the source of the name in Scotland between the 21st and the 26th August 2017.

We now have a 16GB high quality ScanDisk USB stick available which contains approximately 650 photographs taken by three different photographers during the gathering.

All proceeds go towards covering the cost of the photographers at the Gathering in 2017. We hope you enjoy these amazing images.

There will be no further Carmichael Car Boot Sales in the Visitor Centre and Farm Shop car park during 2017. The Car Boot Sale at Carmichael will be relaunched in the Spring of 2018.  Please keep in touch for further details.